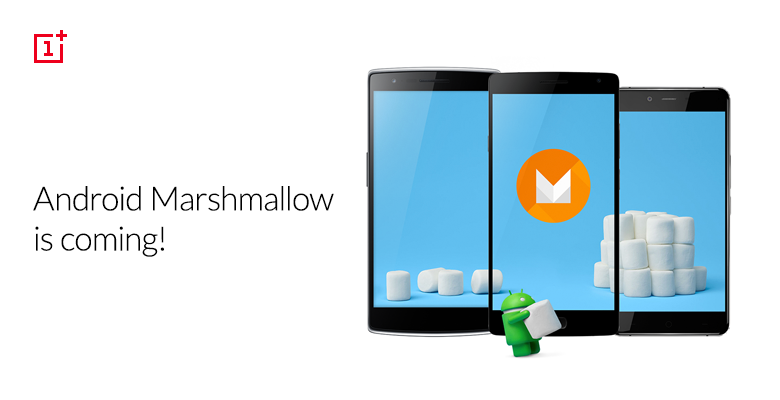 OnePlus – The Game Changer Smartphone today has been up for the next changed. After the release of OnePlus Two, people are now waiting for the new updates. Since the time of release of Lollipop updates, the OnePlus team played a lot more well than anyone. They have just announced the Marshmallow update for OnePlus devices will be rolled out very soon.

Many of you have been wondering about Android M and when exactly it’s coming to your OnePlus device. Although the OnePlust team don’t want to promise specific dates yet, they want to share some more detailed answers with you today.


The OnePlus 2 will also be updated in Q1, and the update will include the new standard Marshmallow API for the fingerprint sensor. They’ve heard requests for them creating an API for the current fingerprint implementation in OxygenOS, but have decided against this since they’re switching over to the standard Android M implementation soon.

“We are working hard to bring Marshmallow as soon as possible to the OnePlus X, and will update you on a time frame at a later time. In the meantime, we’ll keep rolling out updates as soon as possible for OxygenOS!” – OnePlus Team ended the note with it.

They have also pushed kernel sources for the OnePlus X on GitHub. Here is the link:

Go ahead and check out the source of Marshmallow update for OnePlus Devices. Keep Sharing!

OS.js is the New Open Source Operating System In Browser

Skype Endlessly Crashes if someone’s send you a single message